Share a memory
Obituary & Services
Tribute Wall
Donations
Read more about the life story of Rosemary and share your memory.

Rosemary was born August 18, 1935, in Manchester, CT.  daughter of the late Francis and Helen Fitzpatrick. Rosemary was the beloved wife and mother of three children before she started working in the school system as a teacher’s aide and later on as a school crossing guard. Rosemary enjoyed working with ceramics, weekly bowling with the girls and going to Goodspeed Opera House.

Rosemary is survived by her three children, Edward M. Sapita Jr, and his wife, Suzanne, of Lake Isabella, MI., Joy Sapita of Vernon, CT. and Francis "Jim" Sapita, and his wife, Rosemarie, of Manchester, CT. Rosemary has five grandchildren: Stacy Smith, and her husband, Andy; Matthew Gilbert; Shannon Sapita; Brian Sapita and wife Kt ; and Lauren Sapita and husband Andrew Emmets and five great-grandchildren. Rosemary is survived by two brothers, George and his wife Sandy Fitzpatrick, and Jim Fitzpatrick, along with several nieces and nephews.

A Memorial Mass will be scheduled on a later date.
There are no calling hours.
Holmes Funeral Home, Manchester, has care of the arrangements. 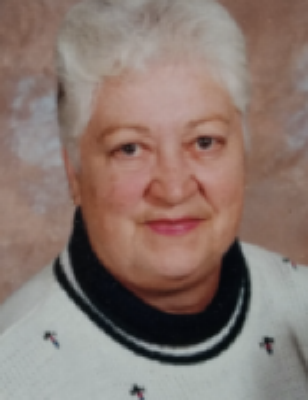 You can still show your support by sending flowers directly to the family, or by planting a memorial tree in the memory of Rosemary Sapita
SHARE OBITUARY
© 2023 Holmes Watkins Funeral Home. All Rights Reserved. Funeral Home website by CFS & TA | Terms of Use | Privacy Policy | Accessibility