Share a memory
Obituary & Services
Tribute Wall
Donations
Read more about the life story of Jeffrey and share your memory.

Jeffrey Alan Sinon departed peacefully on January 21, 2023, after visits and calls from family; with his son Glenn and his granddaughter Hannah holding his hands. Jeff was born on January 6, 1944, the second of three children born to the late Lucille (Hogan) and Walter R. Sinon. He grew up in Manchester along with his sisters Joan and Judi, and attended Manchester Schools. After completing his education, Jeff worked at several different jobs before beginning his career at Hamilton Standard as a Quality Control Inspector. After retiring, he enjoyed a second career teaching and leading in the Collision Repair department at Baran Institute of Technology. Jeff’s lifelong passion was anything and everything automotive. Whether drag racing his 1966 Chevelle “A Family Affair” at CT Dragway or building and painting hot rods & show cars, Jeff was truly in his element. He greatly enjoyed traveling around the country with Glenn, both showing their own cars and admiring the talents of other automotive artists. Later in life, weekly ‘bench racing’ sessions with The Wednesday Night Guys and Donut Shop chats were a source of companionship, joy, and endless good-natured ribbing. With his first wife Donna, Jeff had three sons, Jeff Jr., Chris, and Keith, all by whom he is survived. Jeff’s second wife, the late Janet E. (DiTarando) Sinon, brought three children to their marriage; Debra, John, and Mara, and they loved Jeff as their own, as he did them. Jeff and Janet had one son together, Glenn, with whom he shared a special bond. All four survive Jeff, and deeply mourn his loss. Jeff was blessed later in life with the introduction of a daughter, Elizabeth Forstmann, also surviving, whom he adored. Beloved surviving family members include Joan (Sinon) Welch; Judi (Sinon) Mozzer and her husband Dennis; Debra (Walrath) Good and her husband Rick; John Walrath; Mara (Walrath Sinon) Kauffman and her wife Laura; Glenn Sinon and his wife Heather (Thomas); Elizabeth (Chappell) Forstmann and her husband Dean; Jeff’s brother-in-law, Roger DiTarando and his wife Janet C. DiTarando; grandchildren Derrick, Margaux, Hunter, Chandler, Kathryn, Joshua, Jill, Hailey and Hannah; and several great-grandchildren, nieces and nephews. Glenn and family are grateful for the staff at Crestfield, who provided compassionate care to Jeff (Mr. Butterscotch) over the last fourteen months. You are all deeply appreciated. Calling hours and Memorial Service will take place on Sunday, February 5th from 1pm till 3pm, 2023 at Holmes-Watkins Funeral Home, 400 Main Street, Manchester, CT. All are welcome to attend, and if you happen to be someone with a classic car or hot rod please help fill the parking lot in celebration of Jeff! 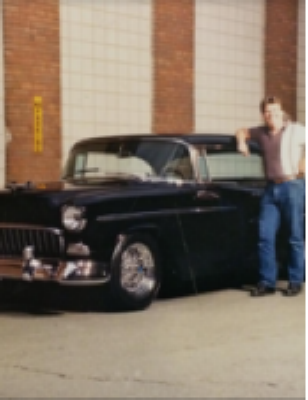