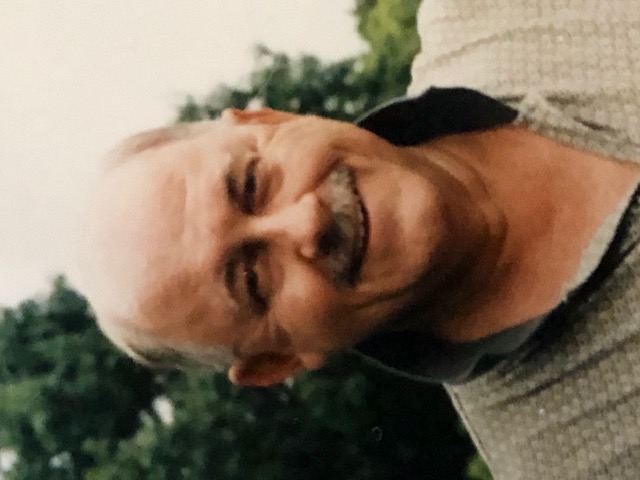 At a young age, George and his parents moved to Manchester, CT where he spent most of his life. He attended the Loomis Chaﬀee School in Windsor, CT. He thrived during his years at Loomis, holding positions on the Student Council and the Glee Club and lettering in Varsity Track and Cross Country. George was also the Captain of the Cross Country team and performed as a soloist in the Loomis a cappella group, the Pelicans. After graduating in 1965, he attended the University of Pennsylvania and enlisted in the US Marine Corps.

George worked for Travelers Insurance Company for almost 30 years in Information Technology. He continued that career with the State of Connecticut for several years before retiring. He was an avid golfer and enjoyed playing many rounds with friends over the years at Keeney Park, East Hartford CC, Blackledge CC and Glastonbury CC.

He was preceded in death by both of his parents, his stepmother, Caroline L. Katz, and his stepsister, Laurie Ann Ganzer. He is survived by his sister, E Jennifer Katz, dear friend James Miller and step siblings, Jenifer Gately, Jon Ganzer and Sharon Lawler.

The family and friends would like to thank the staﬀ at Brookdale South Windsor for their excellent care of George during the past months and the staﬀ at Manchester Memorial Hospital ICU for their care and kindness in his final days.

Services will be held at a later date with burial at East Cemetery in Manchester. In lieu of flowers, please consider a commemorative gift for “George B. Katz ’65” to the Loomis Chaﬀee School (http://www.loomischaﬀee.org/giving). To leave a memory or message of condolence, please visit www.holmeswatkins.com

Plant a tree in memory of George by clicking here.
To send flowers to George's family, please visit our floral store.

A service summary is not available

Plant a tree in memory of George
An environmentally-friendly option

Plant a tree in memory of George

2 trees planted in memory of George

With loving memories of George. Rest in peace.
Deb McMullen

A Memorial Tree was ordered in memory of George Bailey Katz by Deb McMullen.  Plant a Tree

Rest In Peace George. I’m sure you and Rich have already played a few rounds and had a few beers.

Klaus and I have many happy memories of times spent with George from Travelers days, to golfing at Blackledge, to Christmases at the Keisters, and who could forget all the puns. Rest peacefully George.

A Memorial Tree was planted for George Bailey Katz

Plant a tree in memory of George