Share a memory
Obituary & Services
Tribute Wall
Donations
Read more about the life story of Elizabeth and share your memory.

Betty Rousseau went home with Jesus to be reunited with her husband Fred on January 13, 2023. Elizabeth (Betty) James Rousseau was born May 27, 1927 in Pittsburgh Pennsylvania. She lived a rich and full life touching everyone she met.

The couple moved several times and had four children. She was involved in her church and community everywhere she lived. Betty was active in her church, the arts in the area, PEO, NAMI, and other groups.

Taking a memoir Writing Class at the Manchester Senior Center she put together stories of her family's history. These memories will be treasured by future generations.

Betty closed her book with the following words that are perfect for this last record of her life: As I look back on my life, I realize that God has always been with me. There have been happy times and there have been sad times, but it is true as it says in the Bible, "And we know that in all things God works for the good of those who love him." I did not know it all the time, but looking back at life from both sides now I absolutely know that is true.

Having reached the final chapter of her life Betty is now enjoying eternal life with Jesus. 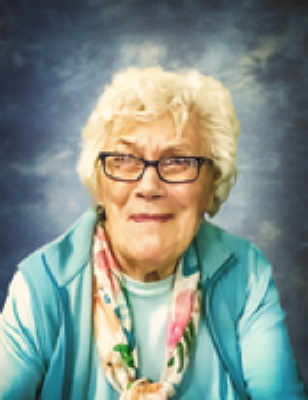